The Killarney Park Hotel, a five-star hotel on the outskirts of the Co Kerry town, has taken top spot as the best luxury hotel in Ireland as voted by TripAdvisor reviewers. In the overall Best Hotel Awards, the hotel came in second place, beaten to the top by Harvey’s Point, on the shore of Lough Eske in Co Donegal.

The luxury winners list shows the quality of five-star properties in Ireland with Ashford Castle, Dromoland Castle, Adare Manor and Hayfield Manor right on the heels of the Killarney Park.

Heaton’s Guesthouse, in Dingle, Co Kerry, was named as the best small hotel in Ireland.

The best fine-dining restaurant in Ireland, according to TripAdvisor users, is the Michelin-starred Chapter One, in Dublin. Frankie Mallon’s An Port Mór restaurant, in Westport, collected enough five-star reviews to edge into second place, ahead of Mulberry Garden in Dublin 4.

We will be calling for the Luxury Tour Operator Awards next! We think we would be a brilliant bet with our incredible 159 5-star reviews! You can read them by clicking here. 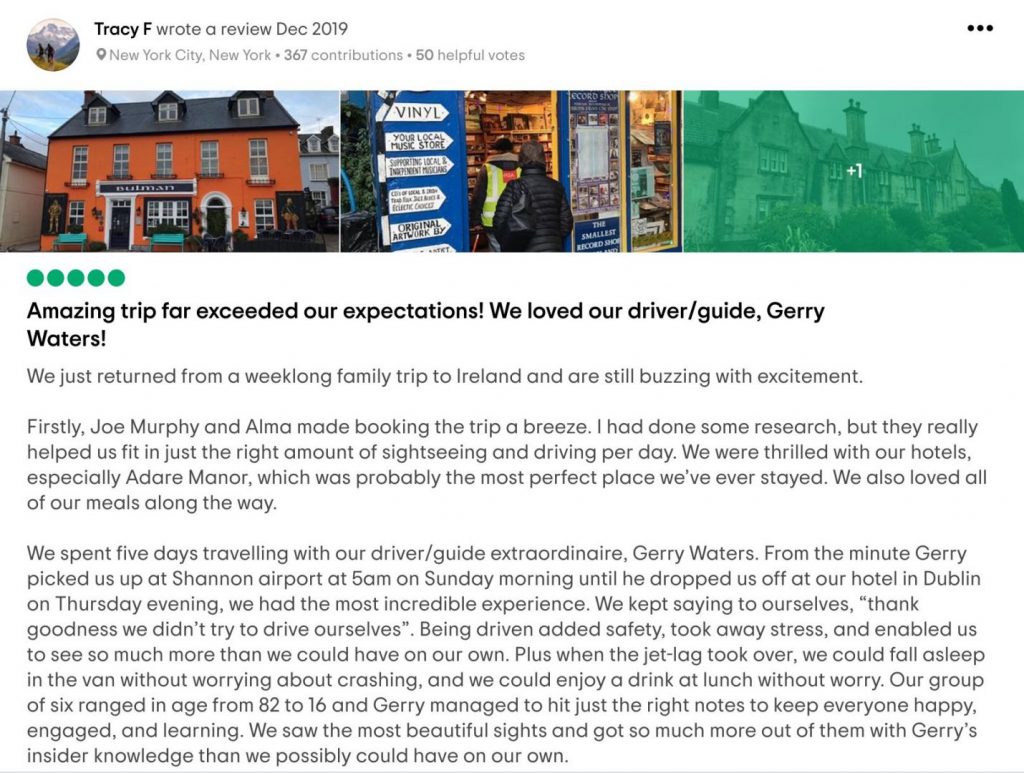 Here are the full list of the award winners:

Do you want to experience Ireland in luxury?

Whether you are staycationing or planning a vacation for the future, we will arrange a luxury trip tailored just for you. Enquire here or email us at [email protected].