We have a portfolio of luxury private houses and castles which we arrange for clients. This week we are shining a spotlight on a classic countryside manor in County Cork.

This elegant Georgian mansion hotel is a destination in its own right and it combines elegance with a relaxed ambience to ensure you never want to leave!

Longueville House is a 300-year-old listed Georgian country manor set in 450-acre wooded estate, in the Blackwater Valley in north Cork. It is a bucolic taste of country living accompanied by the finest of local food.

Where the story begins:

The land at Longueville was forfeited to Oliver Cromwell in 1650 and the name was changed to Longueville. The house was built in 1720 and in 1938, the land was returned to the original owners, the O’Callaghan family, who still own and maintain it today.

When Jane and the late Michael O’Callaghan opened he house to guests in 1967, it was one of the first Irish country houses to do so.

Where we are in the world:

In rolling green countryside, approximately an hour from Cork city. The 450-acre estate is set in the Blackwater Valley of north Cork and it provides a slice of idyllic country living, a world away from urban bustle, set behind secure, private gates.

The centre house block was built in 1720 by an ancestor of the current owners, with the side wings constructed later in the 18th century. In 1866, the magnificent Victorian conservatory was added. Period-appropriate furnishings with a modern twist provide a luxurious, comfortable and fresh décor. Ample flowers from the garden are used judiciously throughout the house. 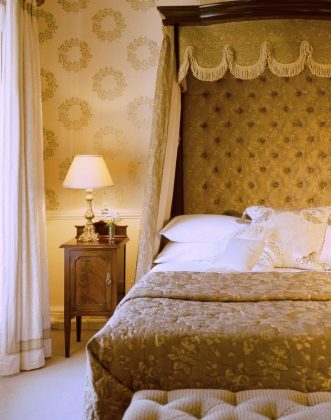 Life at Longueville House revolves around relaxation and savouring the kitchen’s finest creations. However, a variety of country pursuits are available on-site, including wild salmon and trout fishing, falconry, clay and game shooting, mushroom foraging, and a guided ornithology walk. Nearby, head to Doneraile village and under the Triumphal Arch to the landscaped estate of Doneraile Court and Park.

The park’s 166 hectares of land are full of mature groves of deciduous trees and deer can be viewed from along the many pathways within the estate. The lands at Doneraile can be traced back to the Synan Family who arrived in Doneraile in the 13th Century.

If you wish to experience the colourful and culture-filled streets of Cork city, it’s less than an hour’s drive.

Each of the bedrooms is uniquely decorated in sumptuous style – there are 8 double and 2 single rooms. In addition, a five-bedroom house is available for rent, sleeping up to 10. Top quality linens and furnishings provide sumptuous accommodation with attention to detail.

Longueville House is a gourmand destination and has been awarded multiple international dining awards.  Seasonal vegetables from the estate bring freshness to a new level and William O’Callaghan sources all meat and fish locally for his innovative dishes. All meals can be enjoyed on the estate as well as afternoon tea, but a highlight is certainly dinner in the magnificent conservatory. Mains might include beef sirloin with crispy pork belly and garden vegetables, pan-fried hake with herb risotto, gnocchi with mature cheddar and garden vegetables.

What you won’t know:

Having tantalised the tastes buds of discerning Irish cider drinkers for many years, make sure to sample Longueville’s award-winning stable of ciders as well as its calvados.  The Mór cider even scooped the 2018 Alltech Commonwealth (Cider) Cup.

All bedrooms in the main house are accessed only via the impressive staircase, which unfortunately makes them unsuitable for anyone with mobility issues. 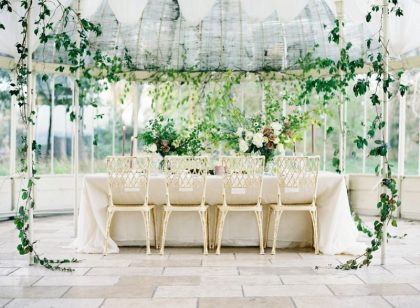 There are resident dogs here but they’ll have a waggy welcome other canine guests with prior arrangement by your Travel Advisor.

Contact us now to arrange your vacation to Ireland

We offer a full service, from designed itineraries, booking hotels, restaurants and experiences, to our renowned Driver Guides escorting you around Ireland on a trip of a lifetime in our luxurious vehicles.