Nollaig na mBan: Why January 6th is a day to celebrate women of Ireland

Nollaig na mBan is celebrated on January 6th in Ireland. Also known as “Little Christmas” or “Women’s Christmas” we tell you all about the traditions and ways to celebrate this day.

Known in Ireland as Nollaig na mBan, January 6 is regarded as the end of the Christmas season.

Originally celebrated as the Feast of the Epiphany, or Three Kings’ Day, January 6 is a Christian feast which marks the visit of the three wise men to Bethlehem after the birth of Christ. In the literary world, James Joyce’s short story “The Dead” is set on this day.

In Ireland, it is a day that traditionally celebrates women and thanks them for their role in the household, most especially for all the work that goes into making Christmas special. 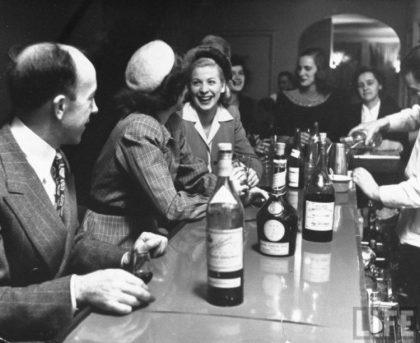 How it is celebrated

Nollaig na mBan, pronounced “Null-igg na Mon” , focuses more on the role of the woman in the household, relieving her of the household chores and leaving the work up to the men for the day. It is also known as “Little Christmas” or “Women’s Christmas”.

It is a day when women would head to the pub and “inhabit this man’s domain without shame” according to Irish actress and writer Sheila Flitton. Women would call to the houses of their friends to chat, relax in each other’s company and enjoy some last pieces of Christmas cake.

“The Women’s Christmas is so called in West Cork because the men try to make everything as pleasant as possible for the women so that they can enjoy a peaceful and happy time, the women having worked so hard to make the real Christmas day a happy one for everyone else,” reads a handwritten testimony about the custom on Dúchas.ie.

Though the custom had been dying out in many parts of the country in the 1950s, the ritual has grown stronger, with some bars and restaurants in Cork reporting a nearly 100% female clientele base on that day. 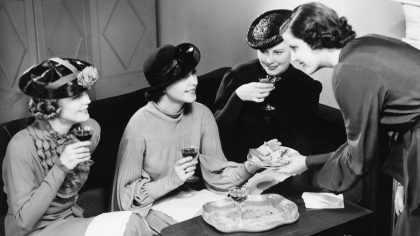 In some communities, the evening was capped off by the woman of the house lighting 12 candles in the window. Many families would stroll around and look at the houses lit up. In the days before electricity, it must have been quite a sight, the “brightest night of the year” according to one resident of the Arran Islands.

Irish academic Alan Titley says women around the country enjoyed the day in different ways. “Most women in West Kerry would have raised five or six turkeys for sale at the Christmas market. They kept the money – like egg money – and if there was anything left over after Christmas they spent it on themselves,” Titley says.

In an Irish Times article, scholar and fiction writer Angela Bourke recalls spending Nollaig na mBan in the Dingle area and seeing “quite elderly people in restaurants in Dingle on that night. These wouldn’t be people who would normally eat out. The women were being taken out by their husbands because it was Nollaig na mBan, and they were being treated.” She suggests that urban Irish women now view the day as something akin to International Women’s Day.

There were a number of other customs around Little Christmas. It is considered unlucky in Ireland to take down the Christmas tree and decorations before the twelfth day of Christmas, January 6th, a custom that is still recognised and practiced by many. While most of the decorations were put away for another year, holly was traditionally retained for Shrove Tuesday, when it would be used in the fire for cooking the pancakes on that day. In the past and today in many homes, holly was used a lot in decorating houses for the Christmas season!

According to RTE writer Marion McGarry, on this day in some parts of the country, mothers rubbed the tail of a herring across the eyes of their children to give immunity against disease for the rest of the year. It was also believed that one should have the floor swept and have a bucket of clean water ready before going to bed that night and that the water from that bucket should never be used in the morning.

Here at Ireland Chauffeur Travel, we are lucky to have a team of wonderfully skilled women always striving to exceed the expectations of our clients. We thank you every day but especially today – Orla, Alison, Michelle, Alma, Anne, and, of course, Beatrice. Thank you! 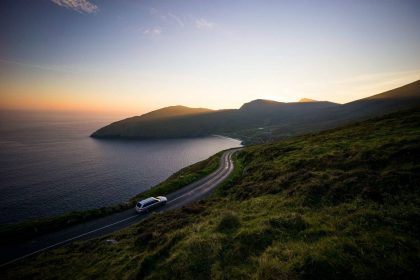 Experience Ireland for yourself…

Our team here at Ireland Chauffeur Travel  specialise in bespoke, private guided travel of Ireland. We combine our expertise with a passion for experiential travel and surpassing client expectations to design unique travel experiences. We combine the best 5-star luxury hotels, boutique guesthouses and private rentals with curated local experiences, all hand-picked for you. Add our spacious, luxury vehicles and professional, personable Driver Guides and you have a unique team that delivers a truly special experience or occasion, planned to perfection.

Our Unique Highlights of Ireland Tour takes in the very best of the Emerald Isle from Dublin to the South, South West and West Coast and back to Dublin again. The must see places of Ireland on this tour are Historical Dublin City, Kilkenny Medieval City, Rock of Cashel, Kinsale, Ring of Kerry, Dingle Peninsula, West Clare & Cliffs of Moher, Galway Tribal City, Connemara National Park and The Midlands Region.

Contact us now to arrange your vacation to Ireland

We offer a full service, from suggesting itineraries, booking hotels, restaurants, and experiences, to our renowned Driver Guides escorting you around Ireland on a trip of a lifetime in our luxurious vehicles.