Taking time to explore these narrow rocky outcrops gives the opportunity for wildlife watching, island hopping, beautiful boutique accommodation and lunches of freshly-caught seafood enjoyed overlooking the crashing waves and away from the busier tourist areas.

This suggested route focuses on the scenic and gastronomic highlights of the Mizen, Sheep’s Head and Beara Peninsulas before moving towards the Burren. It can be easily adapted to spend more or less time in each area or include overnights in Kenmare, Killarney or Cork.

Depending on your starting point, scenic touring through Clonakilty will introduce to West Cork’s most famed calling card – its food bounty. Local markets heave with artisan products and restaurants all proudly display the provenance of the ingredients they uses across their menus – Castletownbere oysters; ToonsBridge, c and Durrus cheeses; Clonakilty black pudding; and local chocolates.

Further south, the towns of Baltimore, Ballydehob and Schull bring pure joy for food lovers, with restaurants such as Michelin-star Chestnut, Budds and local fish’n’chip shops and weekend markets giving us rich pickings for lunches and dinners in the area.

Blairscove House will be your base from which to explore the Mizen Peninsula and archipelago of islands in Roaringwater Bay.

Mizen Head, at the tip of the peninsula, is the most south-westerly tip in Ireland. The lighthouse there houses an engaging visitor centre where you can imagine the stark life of being a lighthouse keeper as storms lashed this edge of Ireland. When travelling along the small and winding roads, we’ll bring you to the best places to discover some of the many megalithic tombs in this area,  hidden wildlife walks and sandy beaches. The most well-known is the dramatic beach at Barley Cove, which was formed by a tsunami after the 1751 Lisbon earthquake. Along the way, keep an eye open for Fastnet Rock and ask about her story.

Our second day will bring you to Sherkin Island with its ruined 15th-century abbey or the remote Irish-speaking island of Cape Clear, noted for its bird watching, walks and now its gin distillery.

From here, we weave to the next peninsula – Sheep’s Head, which is famed for its 250km of marked walking trails. This is cycling and walking heaven, with charming stop-off points such as  Arundels By the Pier and Eileen’s and the Old Creamery in Kilcrohane.

After diving into the area, we’ll take the dramatic Goat’s Pass and pause where Fionn McCool used to pause after hunting. From here, look back at the tropical ecosystems of Mizen, which benefits from the warm Gulf Stream, and then onwards to the dramatic cliffs of Bantry Bay.

This evening, you will rest your head in the Edwardian Seaview House Hotel in Ballylickey where a friendly welcome, award-winning food and seaweed baths await you

Bantry Bay encompasses Glengarriff where George Bernhard Shaw supposedly wrote Saint John;  Eccles Hotel was a haunt of Queen Victoria and Maureen O’Hara frequented Casey’s Hotel. We will explore the Nature Reserve and Garnish Island which was turned into an exotic garden of Neo-Classical follies in 1910 by Harold Peto for Annan Bryce. We will explore the Beara Peninsula, from the Caha Mountains to the coastal town of Castletownbere and even Dursesy Island, which is accessed via Ireland’s only cable car.

For those seeking to meet food producers (and their stock!) up close, we will arrange a day touring with local food experts from the famed Mannings Emporium, right next door to Seaview.

After these relaxing days, we will travel north to Kenmare. Here, you decide to spend two days exploring this area in depth or relaxing at your leisure or we can travel north to Gregan’s Castle in Co Clare. This option will introduce you to the lunar landscape of the Burren and here we will visit food attractions such as Hazel Mountain Chocolate and the Burren Smokehouse. There is also the opportunity to take in the Cliffs of Moher from special viewing spots or from the sea.

All in all, this is a truly unique and off-the-beaten track itinerary. It’s not surprising that the edges of West Cork are so often overlooked – in a 1990 Penguin Guide to Ireland, the peninsulas and surrounding villages are not even featured in the index! 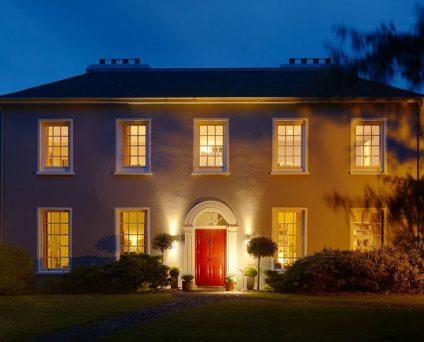 Overlooking the inlet of Dunmanus Bay in west Cork, Blairscove House and Restaurant is as unique as it is picturesque. Around the beautifully restored courtyard of a Georgian house and grounds, you’ll find 5 stylish and individually decorated suites, each of which can be rented on a bed and breakfast or self-catering basis.

The rooms were formerly a piggery, coach house, smoke house and servants’ quarters. Today, they are a blend of traditional comfort and contemporary design. The restaurant is located in what was the barn with tall windows overlooking Dunmanus Bay, which were the recesses through which the hay was pushed down to the animals from the loft above. Some say that about 250 years ago the building was part of fortifications complete with two watchtowers.

Since opening in 1981, the restaurant has been known as a local leader, using the fineset produce and attracting patrons from all around Cork and beyond.

Wake up to the sound of the sea, watch children fishing for crabs and buy lobster and prawns from local fishermen. 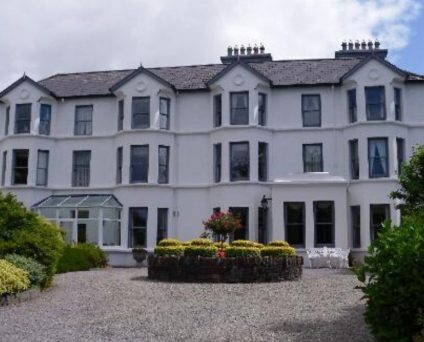 Seaview House Hotel & Spa is a destination hotel in one of Ireland’s most scenic areas on the Wild Atlantic Way.

The original Edwardian home in Ballylickey opened as a hotel in the 1940s and has remained in the family since. Ronan O’Sullivan and his wife, Suzanne, took over the hotel from his aunt, the legendary Kathleen O’Sullivan, who ran a tight ship there for four decades.

Period features throughout are accompanied by traditional décor with eclectic decorative splashes.

It offers tranquillity and a home-away-from-home atmosphere with open fire lit nightly, a well-stocked library and award-winning country house dining using the best local ingredients. Harbour vistas, friendly staff and relaxing in the garden make it quite special.

Individual private seaweed baths, with their own steam baths, are filled with local seaweed for a nourishing and relaxing experience.

Four suites open directly to the garden and dogs are welcome. They are asked only to avoid the spa, restaurant.

The night we arrived, we had already enjoyed a pub dinner so had dessert and a glass of wine in the garden, with Mutti busy sniffing his way around the garden. 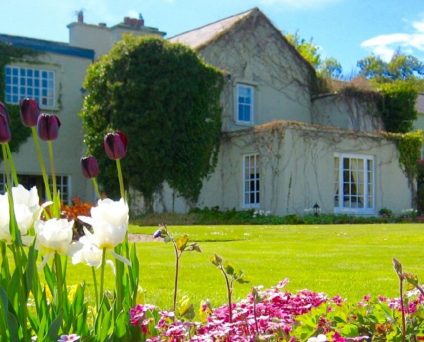 Gregans is more manor house than castle, captivating with its setting on the edge of the lunar-like, limestone landscape of the Burren in Co Clare.

The 18th century house has been welcoming guests since the 1940s. Its  antique-strewn suites and rooms have just the right amount of modernity and the cosy Corkscrew Bar is the perfect setting for pre- and post-walk relaxation. Garden flowers adorn every room as the light from open fires or candelight dance. Dining here is a treat as the chef brings flair and finesse to local produce.

Gregans is run by the second generation of the Haden family and guests have included J.R.R Tolkien, who’s said to have been influenced by the Burren when writing The Lord of the Rings, as well as other revered artists and writers such as Seamus Heaney and Sean Scully.

When you tour Ireland with Ireland Chauffeur Travel, you travel in luxury, style and safety. We provide the very best touring transport so your private chauffeur driver will guide you around Ireland in the latest luxury Mercedes and Land Rover Range Rover vehicle models. 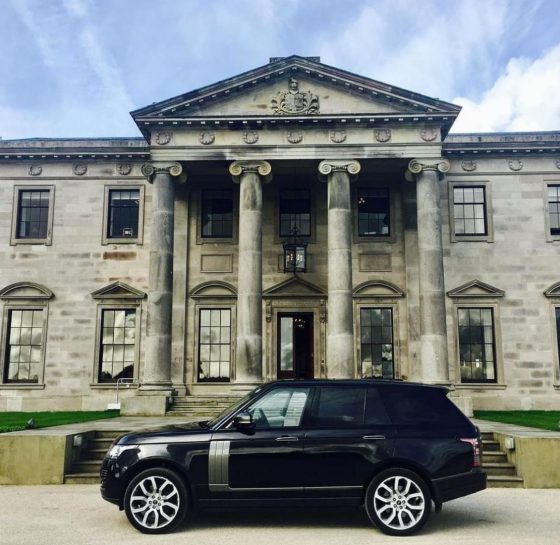 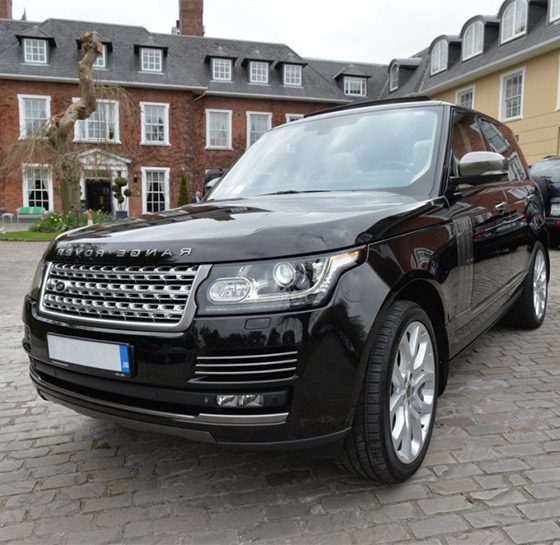 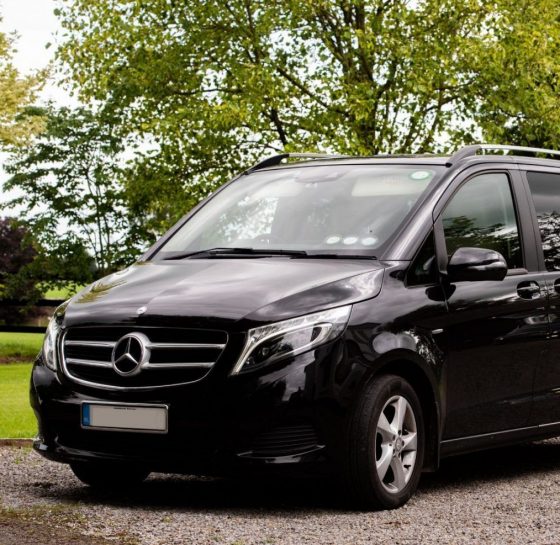 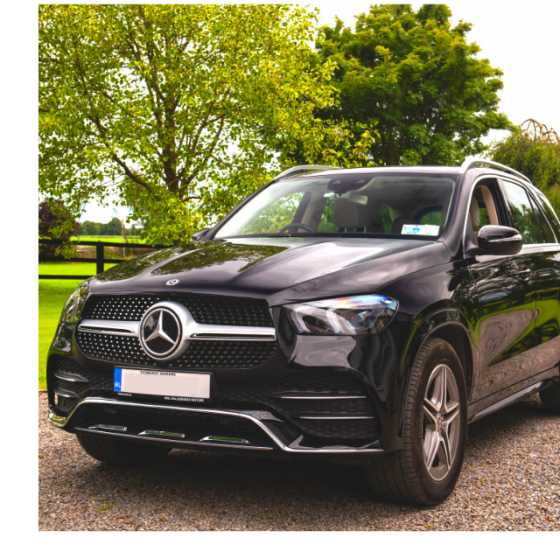 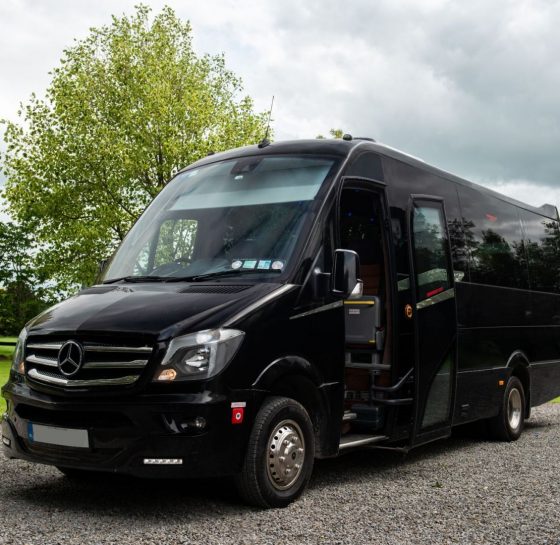 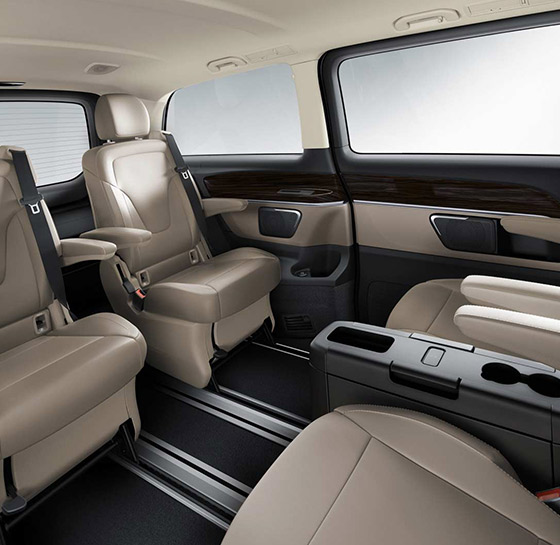 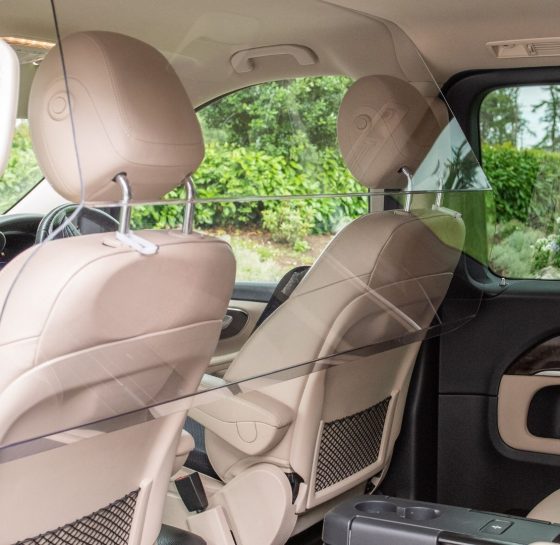 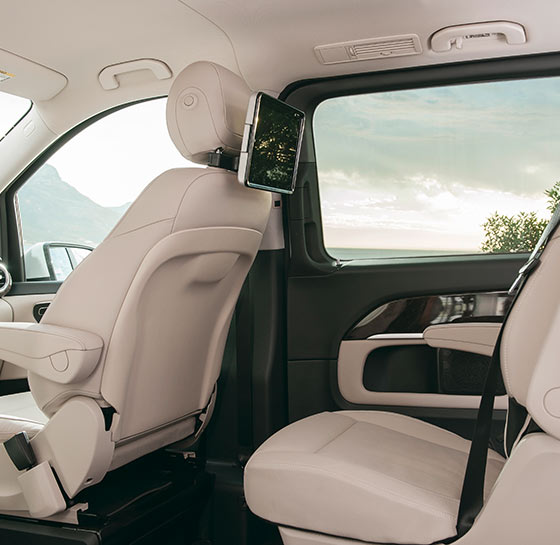 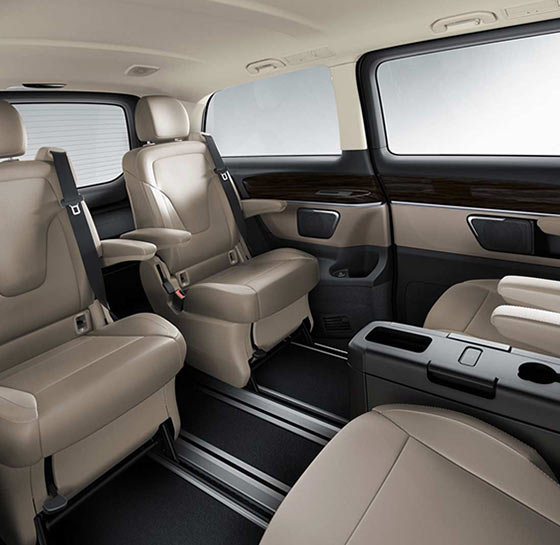 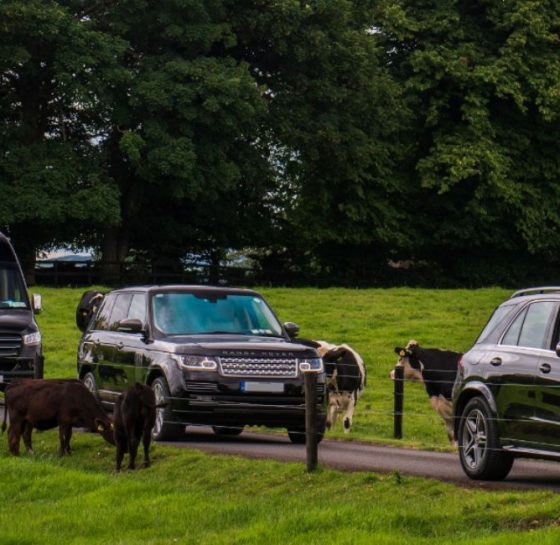 Why not enhance your tour with some of these recommended Experiences along the way. These can be arranged with your Travel Advisor when customizing your itinerary to ensure a rich, memorable tour.

Ask anyone in Ireland if they are related to a farmer and they’ll surely say yes! We have built great relationships with some of the extra fun people whose live and breath agriculture and they’ll be happy to welcome you onto their working farm. Depending on the season, meet new-born lambs, watch sheepdogs at work, clamber over freshly baled hay or see traditional ploughing in action.

The Burren Smokehouse is a family-run business that was set up in 1989 by Birgitta & Peter Curtin. They researched the smoking traditions in Ireland and in Sweden and the idea of the Smokehouse was born. For over a century now, the Curtin family have owned the ‘Roadside Tavern’ nearby which was the first place where their own smoked salmon was served. Its quality became known very soon, and pubs, hotels and restaurants in the Lisdoonvarna area started to order salmon from the Smokehouse. At that time three people were working in the Smokehouse, today there is a team of almost 20. Orders started to come in from all over Ireland, followed by those from hotels and restaurants in the UK. Nowadays, the Burren Smokehouse supplies smoked salmon all over the world, within 48 hours. 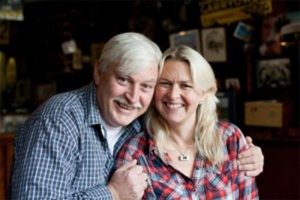 The Burren Smokehouse is a family-run business that was set up in 1989 by Birgitta & Peter Curtin. They researched the smoking traditions in Ireland and in Sweden and the idea of the Smokehouse was born. For over a century now, the Curtin family have owned the ‘Roadside Tavern’ nearby which was the first place where their ownsmoked salmon was served. Its quality became known very soon, and pubs, hotels and restaurants in the Lisdoonvarna area started to order salmon from the Smokehouse.

At that time three people were working in the Smokehouse, today there is a team of almost 20. Orders started to come in from all over Ireland, followed by those from hotels and restaurants in the UK. Nowadays, the Burren Smokehouse supplies smoked salmon all over the world, within 48 hours. 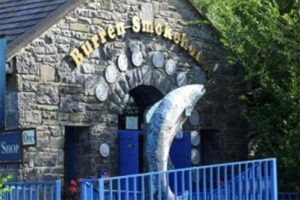 In 1995, we opened our visitor centre to showcase the traditional way of smoking, our products and those of other food producers in the area. Visitors can get a tasting of our Burren smoked Irish salmon and watch a DVD presentation about the smoking process. They can discover mosaics inside and outside our shop that are telling the story of the “Salmon of Knowledge”.

We carefully source our quality raw materials for the Burren Smoked Salmon, Trout and Mackerel.

“We believe in Finest Quality Food Products, good customer care and a good group of team workers to ensure that we keep up our standards.”

The Roadside Tavern in Lisdoonvarna, County Clare, is a local institution that started as a pub in 1865 and expanded to include a bakery as the years went by. In 2001, Peter Curtin embarked on creating a microbrewery bringing in a Master Brewer and they now brew their own range of beer in the same room above the pub in which Peter was born.

Their Black is a creamy stout that is nuttier than Guinness and their Red rich in malty flavour. The brewery is named after the karst ecosystem that covers much of this part of Clare. A visit to the family’s Burren Smokehouse is also a must.

Foraging on Land and Sea

Foraging is a great way of gathering tasty and natural ingredients from hedgerows, fields, woods, country lanes and pathways of Ireland, not to mention the seaweed on the coast! If you would like to spend a few hours outdoors and slowly exploring the countryside and beaches, let us introduce you to one of our foraging friends!

Ireland is the land folklore, legends and storytelling. At Ireland Chauffeur Travel, we adore Ireland’s famed fireside storytelling sessions and we want to share that with you. We will arrange an authentic, engaging and private storytelling and music session with one of our favourite famed storytellers … and all in the comfort of your hotel or local pub